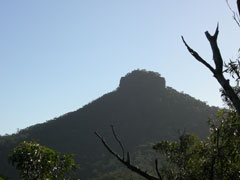 Named by Captain James Cook on the 21st of April 1770 because of its resemblance to a square dove house with a dome on top located approx 25 km North-west of Lakesea Caravan Park at South Durras.

First climbed in 1822 the spectacular walk is now shared by more than 8000 visitors each year. A panoramic view stretching North to Point Perpendicular (Jervis Bay) to Mount Dromedary (Bermagui) in the South. The rugged cliffs, gorges and seemingly endless bushland surrounding Pigeon House are unforgettable.

Stage 1 A steep hard climb will greet you from the car park following a ridgeline for the first 800 meters.

Stage 2 This stage is the easier section with the track becoming an easy flat stroll giving the legs a break and a chance to enjoy the abundant wildflowers and lush vegetation.

Stage 3 As the track begins to steepen you will notice a change in vegetation from the smaller shrubs in the plateau area to taller denser vegetation with a wet forest closer to the Pigeon House cliff tops. This stage ends at the base of the “Dove House”.

Stage 4 The last and more difficult stage to the summit. This section is a weaving trail up the sandstone cliff faces consisting of 4 steel ladders, which can be a little nerving for some. At the 720-metre summit you will agree the spectacular 360-degree views are all worth the 2-hour walk. The descent back to the car park will take approx 1 hour. 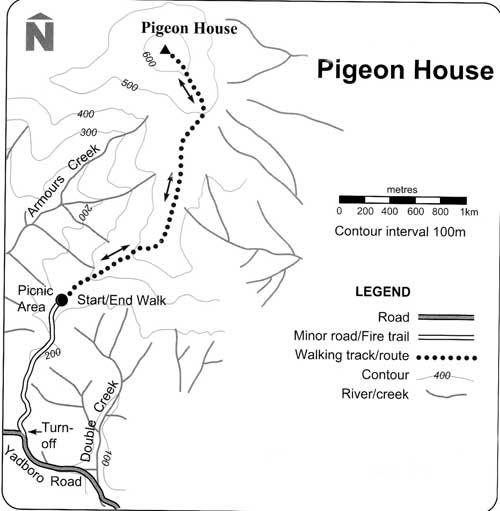 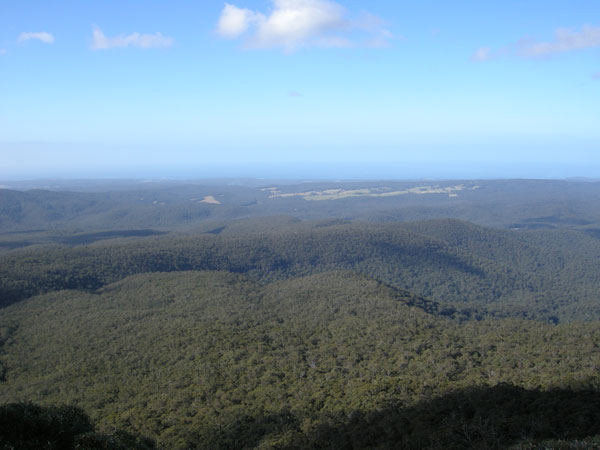 View from the top of Pigeon House Mountain looking east.